Living in China for almost a year now, I’ve gained a new appreciation for a resource that I never quite understood before: physical space. I think it goes without saying that there’s been a lot less of it since I moved. Although there are times when I miss my bubble, I’ve realized that there might be a benefit to living life more compactly.

I’ve never considered myself to be someone uncomfortable in a crowd. I have friends and family who will turn down a concert or festival in order to avoid the mob, but I was never one of them. I enjoy the thrill of being one of many, of seeing hundreds of moving feet and gesturing arms, hearing the laughs and conversations happening all around me, especially on a well-lit city street during a summer night. When you grow up in a smaller town—a place where your neighbor’s lights are out by 9 pm and no one’s on the street—it can be enjoyable to graduate to a place with a little more bustle.

I realize now that the energy of the crowd held special significance because I always had the opportunity to escape back to my comfortable, quieter street or my relatively spacious apartment at the end of it all. Or, even better, I could return to the comfort of my parents’ house, which I’m sure would seem inconceivably large by Chinese standards.

Private space is something different here. A short walk through my neighborhood in Shanghai reveals that when people are packed close together, the lines between private and public blur.  Women wash their hair with a bucket of water on the sidewalk, men scrub their feet shirtless along the road, a mid-afternoon nap is enjoyed in a booth at McDonald’s or in the bed of a trailer on the street. People routinely take an evening stroll or a make a last-minute shopping trip in their pajamas.

A mix of private and public can be seen just as sharply in Hong Kong, one of the densest cities in the world. Even though the streets of Shanghai can be crazy, I realize that I’m lucky to have an apartment that provides just enough space and solitude for me to escape. As a visitor or resident of Hong Kong, property is in such limited supply and so inflated in price that most people live in what would pass for a large closet in Minnesota.

Because space is limited in Hong Kong, growth occurs upwards instead of left or right. The city is covered in skyscrapers and mega-malls, each filled with families, hotels, businesses, cafes, restaurants, shops and more, stacked one atop the other, rising up, up, up into the sky. 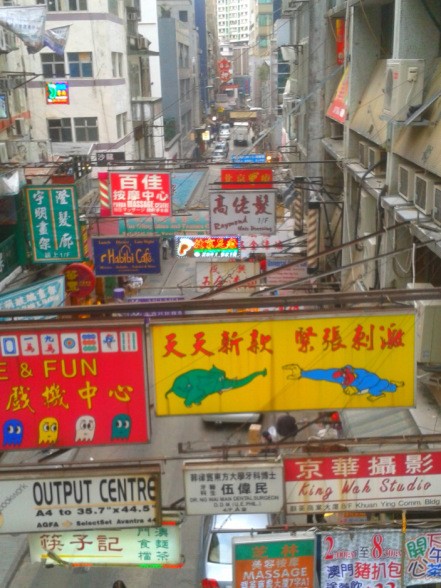 In the neighborhood of Kowloon where our hotel was located, residents, businessmen, and tourists pressed through the streets, walking shoulder to shoulder from the beginning of the day to late at night. Combine the hordes of people with 95-degree weather and you’ve got a situation that’ll jar the emotional state of even the most seasoned traveler.

Time in Hong Kong and Shanghai has revealed that I still have a lot of progress to make when it comes to being at peace as I shuffle and bob among the masses. Sometimes I catch myself dreaming about the green, delightfully empty expanses of parks and sidewalks back home. Another fantasy involves me simply walking in a straight line down the street—no dodging or stopping or sidestepping or weaving.

But perhaps privacy and physical space have become overvalued in the United States. As many residents of dense cities will tell you, there’s a lot of community and convenience to be gained from living closely. And isn’t it a little strange the way we hide all of the silly, normal human things that we do all day long behind closed doors? How about your patience for other human beings? Could that use a little improvement? Mine too.

And here’s a shocking little piece of information: living in a dense city has even been touted as better for the earth than the sprawling developments that make up so much of America. 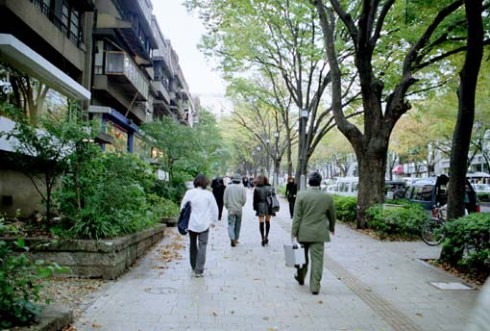 The case for cities as green living made by author David Owen challenges the way that we traditionally think about concepts like green and ecofriendly. In response to a report done by Forbes naming Vermont the “greenest state” in the US, Owen responded:

“Forbes’s ranking was unfortunate, because Vermont, in many important ways, sets a poor environmental example. Spreading people thinly across the countryside, Vermont-style, may make them look and feel green, but it actually increases the damage they do to the environment while also making that damage harder to see and to address. In the categories that matter the most [such as the consumption of oil due to driving], Vermont ranks low in comparison with many other American places.”

As Owen continues, he reveals that choosing to live in closer proximity (similar to Shanghai or Hong Kong) would enable us to reduce unnecessary consumption in more ways than one:

“Population density also lowers energy and water use in all categories, constrains family size, limits the consumption of all kinds of goods, reduces ownership of wasteful appliances, decreases the generation of solid waste, and forces most residents to live in some of the world’s most inherently energy-efficient residential structures: apartment buildings.”

So in moving to a larger, denser city, your life inherently becomes greener. The ability to walk, ride, or bike to your destination—as opposed to driving—is a major bonus both for you and for the earth. Owen’s examination of the use of resources makes a compelling argument for city life. But in order for high-density living to catch on in the US, many of us will have to get used to sharing our space and doing more in front of an audience.

When it comes to living closely, what do you think? Cramped or convenient?